Why does Turkey want to build an ICBM, and what does that mean for the Middle East? 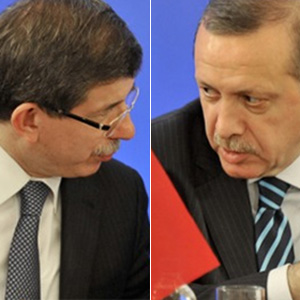 Recently, Turkish media reported that Turkey intends to develop an intercontinental ballistic missile (ICBM).[1] Since long-range ballistic missiles capabilities (especially intercontinental missiles) are usually associated with nuclear weapons, such a report raises concerns of a possible nuclear arms race between Iran and Turkey. This new report comes several months after a similar report in February 2012 of Turkey’s plans to develop a ballistic missile with a range of 2,500 kilometers (km).[2] While reports on the subject are still vague—they include data that are confusing and probably exaggerated by speakers or writers who have little technical understanding of such weapons—given the current context of rising tensions in the Middle East, the intentions and consequences of such reports merit serious consideration.

The current media attention on the subject began last December, when Turkish Prime Minister Recep Tayyip Erdogan called upon Turkey’s defense industry to develop the capability to produce long-range missiles. Comparing Turkey to Iran, he noted that Iran has missiles with a range of over 2,500 km, whereas Turkey’s missiles are limited to a range of 150 km.[3] Two months later, it was reported that Turkey began developing a missile with a range of 2,500 km. Though this report gave no details about the missile, it did mention that experiments on a 1,500 km missile will be conducted by the end of 2012, and that the development of the 2,500 km missile will be completed by 2015. Compared to missile development in other countries, this compressed schedule seems somewhat optimistic.

Turkey views its defense industry as an important component of its security, economy, international status, and technological standing. Several government agencies are responsible for encouraging and promoting domestic procurement. At times, these agencies have come into conflict with officials in the army who prefer to acquire advanced systems “off the shelf” from abroad.[4]

Turkey has been working to produce rockets and missiles since the mid-1980s. In the early 1990s, it developed two types of artillery rockets: the T-107, a 107 millimeter (mm) caliber rocket for infantry and commando units, and the T-122 Sakarya, a 122 mm caliber rocket (developed with the assistance of Yugoslavia). At the time, Turkey had tried to reach an agreement with the United States on joint production of the Multiple Launch Rocket System (MLRS) and the Army Tactical Missile System, a tactical ballistic missile with a range of about 130 km launched from the MLRS launcher. Once it became clear that the United States was not prepared to transfer this particular technology, Turkey turned to China. Together with Chinese companies, Turkey developed two systems based on Chinese missiles. The first is the T-300 Kasirga, a 302 mm artillery rocket with a range of about 100 km. The second system is the J-600T Yildirim, a guided ballistic missile that has a range of about 150 km. Both systems are operational in the Turkish army. Turkey has also started thinking about a number of other projects to develop heavy artillery rockets, but they have not reached the stage of serial production.[5]

While the need for artillery rockets and ballistic missiles with a range of approximately 100-150 km makes sense as a tactical-operational necessity (to support ground forces and destroy an enemy’s air defense systems) it is harder to understand Turkey’s need for an intermediate-range ballistic missile with a 2,500 km range, much less a need for an ICBM. Strategic ballistic missiles help regional states with limited conventional capabilities ensure “strategic balance.” Syria and Iran are good examples of such countries. By contrast, Turkey’s ability to deter rests on having the biggest army and navy in the Middle East, and on being a NATO member.[6] It has an advanced air force, and also hosts US nuclear tactical bombs on its territory.[7]

The inflated reports of an ICBM may relate to another matter. Reports of a meeting on July 17 between Erdogan, the Turkish Army chief of staff, and the Defense Industry Executive Committee, have also conveyed the intention to develop an independent satellite launch capability.[8] Such a development would benefit both military and civilian needs, as well as help bolster technological progress and national prestige. Of course, a rocket that can launch a satellite into orbit several hundred kilometers above the earth can also carry one or more warheads for a range of several thousand kilometers.

Reports of Turkey’s long-range ballistic ambitions are surfacing against the backdrop of growing tensions between Turkey and Iran, including, but not limited to, Iran’s advancing nuclear program. In December 2011, Iranian officials threatened to strike the radar system stationed in Turkey (a component of NATO’s missile defense system) if Iranian nuclear facilities were attacked.[9] Most recently, Iran threatened Turkey to deter it from intervening militarily in Syria.[10]

While it is very important to address Turkey’s intentions, there are questions about whether Turkey will succeed in developing significant long-range ballistic missile capabilities. Beyond the technical challenges and costs (which Turkey’s defense industry can most likely meet), independent development of intermediate-range and intercontinental ballistic missiles will be opposed by Turkey’s main ally, the United States, especially if it ensures a nuclear strike capability.[11] While developing an ICBM may be intended as insurance against future threats or preparation for a distant future scenario in which NATO dissolves, if Turkey believes it can no longer rely on US cooperation, other more immediate factors may be involved. It is possible to view Turkish statements as a reaction to the threats made by senior Iranian officials. In addition, some of Turkey’s official statements may be aimed at preventing Iran from crossing the nuclear threshold. In this context, it is worth noting that Turkish Foreign Minister, Ahmet Davutoglu declared in late 2010 that if Iran will not respect its obligations under the Treaty on the Nonproliferation of Nuclear Weapons, “…we, before the US, would oppose it….”[12]

Moreover, Turkey also periodically examines NATO’s commitment to its defense. For example, as a result of the civil war in Syria, Turkey invoked Article IV of the NATO Charter regarding the right to call for consultations, and it considered invoking Article V that calls to its allies to come to its assistance.[13] It is possible, then, that statements about developing advanced ballistic missile capabilities are part of a plan to pressure allies (primarily the United States) to provide more reliable guarantees, or at least not to retreat from previous commitments.

In summary, while the report of Turkey’s intention to develop an ICBM should be treated with skepticism, there are new advances in Turkey’s ballistic missile program that have implications for Middle East stability. It is still difficult to assess how Turkey will pursue this program, in light of likely objections from its NATO partners, especially the United States. However, the timing of some of the recent declarations is tied to tensions between Turkey and Iran, and thus these tensions should be closely monitored.