Is nuclear deterrence overvalued? A reexamination of historical evidence offers cause for concern. 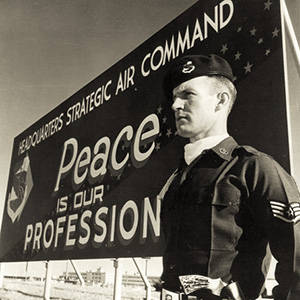 Nuclear weapons became a currency of military power shortly after their use sixty-seven years ago this month at Hiroshima and Nagasaki, and they remain powerful symbols of international prestige and technological sophistication. Consequently, it should not surprise us that they are proving difficult to eliminate or that—although plenty of people have had doubts about nuclear weapons all along—some states still seem to want them. Once a standard currency has been established, it’s usually difficult to shift to another. Currencies, however, like any objects that humans imbue with importance, can become overvalued. These overvaluations, sometimes called “bubbles,” can last for years. Some economists argue that the United States’ housing market was overvalued for the better part of a decade before crashing in 2007. Current discussions of and questions about nuclear deterrence are raising concerns that nuclear weapons may have been initially overvalued, that the nuclear deterrence market has changed fundamentally since the end of the Cold War, and that no market correction has yet occurred.[1]

It is sobering to realize that the bombings of Hiroshima and Nagasaki are the only battlefield test of the impact that the use of nuclear weapons has on national decision-makers. All of our thinking is supported by only two real world applications that occurred more than six decades ago. If some accidental overvaluation of nuclear weapons occurred in 1945, there has been no subsequent reality check to reset the “price” of these seldom-used weapons. Recent historical research in Japan, Russia, and the United States has raised questions about what really caused Japan’s leaders to surrender.[2] Increasingly, it looks like the decisive factor was not the bombings of Hiroshima and Nagasaki, but Russia’s declaration of war on August 9, and its subsequent invasion of Manchuria, Sakhalin Island, and other Japanese territories.

The exact reasons for Japan’s surrender will no doubt be debated for many years to come. One might argue that even if the impact of the original event had been overvalued, a series of international crises has since proved the importance of nuclear deterrence. New research, however, has uncovered a troubling tendency to skew the lessons of those crises in the 1950s and 1960s, to presume the value of nuclear deterrence, and to ignore events that seem to call its value into question.[3]

For example, the Berlin Blockade crisis of 1948 is sometimes cited as the first successful use of nuclear deterrence: the Soviet Union cut off access to West Berlin on June 24, 1948, President Harry S. Truman deployed B-29 bombers (which were presumed to be nuclear-capable) to the United Kingdom and then leaked these facts to the media, leading the Soviet Union to abandon its blockade. However, there is another way to view this evidence. If the threat worked, it would have had an immediate impact; in reality it took ten months for the crisis to end. In addition, the US monopoly on nuclear weapons (the first Soviet test wouldn’t be for more than a year) did not prevent General Secretary Joseph Stalin from initiating a crisis that could have led to war. This evidence calls into question the belief that nuclear deterrence played a role, yet the crisis is frequently presented as clear-cut.

Similarly, the October 1962 Cuban missile crisis is generally presented as singular proof that when leaders are faced with the danger of nuclear war, they back down. After all, when the risks of nuclear war became apparent to Soviet Premier Nikita Khrushchev, he ordered the missiles that had been secretly placed in Cuba withdrawn. But what accounts for the failure to deter Khrushchev’s original risky decision to deploy nuclear weapons in Cuba? And why was President John F. Kennedy not deterred from instigating a quarantine (really a blockade), believing, as he did, that the chances of nuclear war were somewhere between one in three and even? Even more pertinent is the 2002 revelation about the near-use of a nuclear torpedo by a Soviet submarine as US Navy destroyers used depth charges to force it to the surface. Whatever the evidence on the efficacy of nuclear deterrence at the national leadership level, an exhausted Soviet submarine commander was a heartbeat away from starting a nuclear attack. As Robert McNamara, then US secretary of defense, put it: “At the end, we lucked out. It was luck that prevented nuclear war.”

Or consider the first Gulf War. General Kevin Chilton, former commander of the US Strategic Command, recently cited this episode as evidence that nuclear weapons can be used to deter.[4] In early January 1991, just days before the war, President George H.W. Bush sent a private letter to Saddam Hussein (hand-delivered by Secretary of State James Baker) warning that if chemical or biological weapons were used, the “American people would demand the strongest possible response. You and your country will pay a terrible price if you order unconscionable acts of this sort.”[5] This was widely interpreted as a nuclear threat and (after the war) a successful case of nuclear deterrence. However, Bush’s letter actually drew three red lines in the sand: use of chemical or biological weapons; setting the Kuwaiti oil wells on fire; and terrorist attacks against any member of the coalition arrayed against Iraq. So although Iraqi forces did not use chemical or biological weapons, they did set the oil wells of Kuwait on fire and they did fire Scud missiles at Israeli civilians. In these cases, at least, nuclear deterrence failed—and was seen to fail. A threat that sets out three conditions only to have two of those conditions violated should not be put forward as demonstrable deterrence success story.

And what about the Kargil conflict? Pakistan troops invaded India at the Line of Control in Kashmir in early May 1999, only one year after India’s nuclear weapon tests. Why was Pakistan so emboldened? There are unanswered questions about evidence that Pakistan was preparing to move its nuclear weapons to the border and India responded in kind. Pakistan sent highly belligerent messages to India, which were interpreted by many experts as explicit nuclear threats. If nuclear deterrence works, how could Pakistan have initiated a crisis that might have led to war? Because India and Pakistan seem to have absorbed Cold War beliefs in nuclear deterrence, we need to ensure that what is understood from the last sixty-seven years of operating nuclear forces is thoroughly thought through for South Asia.

For some reason, historians and strategists have been evaluating crises between nuclear weapons possessors with incomplete or insufficiently scrutinzed evidence. We have highlighted the examples above not because we know the answers but because we want to ask the right questions. Evidence of success has been trumpeted, repeatedly, while evidence of failure is ignored. This is not rigorous analysis, nor is it fitting for such an important subject. The idea that we need to ensure due diligence when it comes to evidence about nuclear weapons should not be controversial. We do not accept anecdotal evidence as proof in medical trials. We demand extensive and unbiased evaluations before drugs are allowed to go to market. Why should a significantly lower standard of evidence be used for the effectiveness of nuclear deterrence, particularly when we seem to be on the crest of another proliferation wave?

Those who have or who aspire to nuclear weapons do not appear to have adequately or accurately measured their true value. In the aftermath of the collapse of the US housing market, it was little comfort that Standard & Poor’s downgraded its ratings of real estate assets. Similarly, retaining the option of downgrading the “AAA” security rating that nuclear weapons currently enjoy after a catastrophic deterrence failure should do little to instill confidence.

A pragmatic and realistic re-evaluation of the causes of the end of World War II and of Cold War nuclear crises would likely yield a much more mixed assessment of the effectiveness of nuclear deterrence than the one that was created and propagated during the Cold War. If we have overestimated the effectiveness of nuclear deterrence, the risk/benefit calculation of keeping the weapons changes, reducing their attractiveness to would-be proliferators and to those who already possess them—thus supporting and encouraging international nonproliferation and disarmament efforts.

There are many reasons for imagining that nuclear deterrence is a powerful and effective tool in foreign policy. The evidence in favor of nuclear deterrence has received remarkable prominence. However, given the catastrophic consequences that could result from even one failure of nuclear deterrence—nuclear weapons do not make small mistakes—prudence demands that we use the strictest, most conservative analysis in evaluating the evidence for its utility. The nuclear weapons debate has long been an emotional one. But focusing on the facts is essential. “Irrational exuberance” in judging the prospects for the US housing market led to the worst financial collapse since the Great Depression. Irrational exuberance in judging nuclear deterrence would be an even greater folly.

Patricia Lewis is Research Director for International Security at Chatham House in London. She was previously Deputy Director and Scientist in Residence at the James Martin Center for Nonproliferation Studies, and Director of the United Nations Institute for Disarmament Research and the Verification Training, Research and Information Centre.

Ward Wilson is a senior fellow at the James Martin Center for Nonproliferation Studies and author of the forthcoming book Five Myths About Nuclear Weapons (2013).