Back to the Future for Iranian Nuclear Diplomacy?

Recent negotiations have failed to resolve the Iranian nuclear crisis and the upcoming talks in Moscow hold little prospect of a breakthrough. A profound misunderstanding of Iran by the West is to blame. 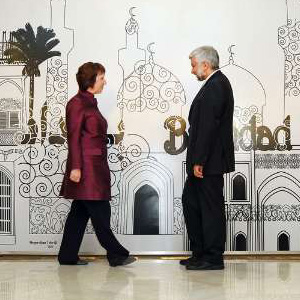 The last week of May saw representatives of the P5+1 (France, the United Kingdom, United States, Russia, China and Germany) meet with Iranian negotiators as part of the latest international effort to resolve the Iranian nuclear crisis. In the run-up to the talks in Baghdad, hopes were high that negotiations would set the path towards a satisfactory solution to the decade-long problem. This optimism stemmed, in large part, from positive talks in Istanbul in April. Iranian Foreign Minister Ali Akbar Salehi described the Istanbul meeting as a “turning point in the Iran-West dialogue,” while European Union (EU) High Representative for Foreign Affairs and Security Policy Catherine Ashton spoke of the talks as “constructive and useful.”[1]

Despite hopes of a breakthrough, the talks in Baghdad failed to break the stalemate, leaving observers speaking of a “chasm of mismatched expectations.”[2] For an Iranian negotiating team seeking to stave off the EU oil embargo and further financial sanctions due to come into effect at the beginning of July, the proposal put forward by the P5+1 fell far short of expectations. For their part, the P5+1 saw no concessions from Iran on the central issue of uranium enrichment. Comments from both sides after the talks reflected the gap in terms of expectations—Iranian chief negotiator Saeed Jalili described the talks as “intensive and long” and “left unfinished,” while Ashton was clear that much remains to be done.[3]

In this context, prospects of success in Moscow this month seem poor. Last week, Iran’s official Islamic Republic News Agency reported that Jalili had raised the possibility of delaying the next round of negotiations due to a perceived lack of commitment on the part of the other side.[4] The news sparked fears that Iran was reverting to the pattern that has characterized much of its engagement with the international community to date: agreeing to talks but then pulling out, or reneging on any negotiated solutions, and often proposing alternative or revised approaches instead.

Unfortunately, this may well be true. But putting the threat of a delay or collapse of talks down to simple stalling tactics on the part of Iran would be reductive; the reality here is more complex. The cumulative effects of multiple rounds of sanctions and the threat of an Israeli strike on Iranian nuclear facilities have brought Iran back to the negotiating table. Paradoxically, however, the international coercion that has forced negotiations may also guarantee their failure.

For more than two decades, Iranian political discourse has constructed the country’s nuclear program as a symbol of national advancement, pride, and status. This political and symbolic importance has shaped Iran’s nuclear outlook and nourished its defiance on this issue. And while punitive measures have pushed Iran into talks, they have not changed Tehran’s fundamental nuclear ambitions or outlook. Indeed what Western powers have failed to fully understand is that Iran’s nuclear stance cannot change unless negotiations and proposals reflect the central role that the nuclear program occupies in Iranian politics and society.

The Power of Narrative

When its undeclared nuclear activities were revealed to the international community a decade ago, Iran defended the peaceful aims of its nuclear program. Despite considerable technical evidence suggesting a potential military dimension to Iran’s nuclear efforts, the regime has never deviated from this position, reiterating time and time again that Iran simply wishes to harness the benefits of civil nuclear technology.

Moreover, Tehran has situated the nuclear issue within a nationalist framework that sees Iran’s nuclear program inextricably linked to national advancement and sovereign rights. On a larger scale, Carnegie Endowment for International Peace analyst Shahram Chubin argues that the nuclear issue acts as “a metaphor for Iran’s quest for greater respect and a wider regional and global role.”[5] In this context, Iranian political discourse has contributed to the construction of a nuclear narrative that presents the nuclear issue in terms of a necessary struggle to secure Iran’s rights and identity in the international arena. Iran’s nuclear defiance is presented to the Iranian public as legitimate, acceptable, and even desirable, and this has provided a potent source of political capital for the regime in Tehran. The nuclear narrative has thus played a central role in Iranian nuclear politics, both internally—in terms of garnering support for the regime—and externally, where it has aimed to dissipate international pressure.

Questions over Iran’s nuclear intentions and the continued refusal to allow the International Atomic Energy Agency full access to Iranian nuclear facilities have been largely ignored with political discourse in Iran focusing on the international community’s impingement on the country’s rights, both as a member of the Treaty on the Non-Proliferation of Nuclear Weapons and as a sovereign state. Domestically, then, the nuclear narrative has had a reductive effect, presenting a complex record of failed obligations and transgressions in simplistic terms of access or denial. Put this way, the Iranian public is asked to choose between nationalism and international oppression, between the values and sovereignty of the Islamic Republic and an international effort to deny Iran its rights as a nation-state.

Crucially, this nuclear nationalism has had important constraining effects on Iranian negotiators. The system that has, for many years, seen the nuclear program provide political support for the regime leaves little room for compromise. Essentially, Iran is caught in a double bind. On one hand, the economic effects of international sanctions and the threat of a military attack both challenge popular support for the regime’s defiant stance on the nuclear issue. On the other hand, Tehran has consistently portrayed the international community’s opposition to Iran’s nuclear activities as an assault on Iran’s sovereign rights. In this context, any perceived capitulation will undermine the credibility of the narrative that has provided support to the regime for so long.

Trapped in this destructive spiral, it is in Iran’s immediate interest to re-engage in talks with a view to relieving some of the pressure on the regime. And Tehran is surely aware that concessions will have to be made if Iran is to achieve the economic relief that it desperately needs. Given the strength of Iran’s nuclear narrative and its censorial effect on decisionmakers in Tehran however, any concessions must be carefully managed and be portrayed in terms of a win for Iranian diplomacy.

In this respect, the proposal put forward by the P5+1 in Baghdad was unacceptable to Tehran. The P5+1 asked Iran to halt its enrichment of uranium to 20 percent while also making its existing stockpile of 20 percent enriched uranium unavailable for weapons use.[6] However, the incentives that accompanied these demands—relief from the sanctions that bar the export of US-made aircraft parts to Iran and support for civil nuclear development—contained no provision for easing the more severe economic sanctions that are crippling the Iranian economy. Thus the one measure that would allow Iran to sell a freeze in enrichment domestically is the one measure that the West is unwilling to concede, and the nuclear impasse continues.

Of course, any long-term solution to the nuclear crisis depends on the true nature of Iran’s nuclear ambitions. Many commentators believe that Tehran is at the very least pursuing a nuclear hedging capability—the technical capability to rapidly develop a weapon if the regime makes the political decision to do so. And this point is supported by Iran’s checkered diplomatic past on the nuclear issue. From the Tehran Agreement of 2003, to the Paris agreement of 2004, to the Geneva Deal of 2009, Iran has a history of agreeing to and then reneging on nuclear-related political commitments.

In this context, the international community’s efforts to resolve the crisis through diplomacy simply provide Iran with more time to advance its nuclear capabilities. In 2012, Iran comes to the negotiating table with a more advanced nuclear program than ever before. While it was possible to conceive of an Iran without enrichment capabilities in 2003, for example, this is no longer the case.

Moreover, much attention has been devoted to the shrinking “window of opportunity” for a successful military attack on Iranian facilities. Progress on the deeply buried centrifuge facility at Fordow means that Iran’s nuclear program is rapidly approaching the point where only a serious and sustained military attack would delay it by any significant length of time. Nevertheless, it is important to exhaust all diplomatic channels before resorting to military action, particularly since history has demonstrated that military action can actually accelerate efforts to acquire the Bomb.[7]

The stakes involved in the Iranian nuclear crisis are now higher than ever. Should this latest series of talks fail, further opportunities for diplomacy may be limited. Israel is determined to safeguard its national interests and the possibility of military conflict may well become a reality. In this context, the international community must fully consider the gamut of variables that exert an influence on Iran’s nuclear decisionmaking. Of all of these variables, the nuclear narrative is probably the most subtle and difficult to define. However, understanding the nature of Iran’s nuclear nationalism could provide the P5+1 with the means to make diplomatic progress with Iran.

Matthew Moran is a research associate at the Centre for Science and Security Studies, part of the Department of War Studies at King’s College London.