Turkey doesn’t want an Iranian nuclear weapon—but it also doesn’t want to hamper its own access to nuclear energy technology. 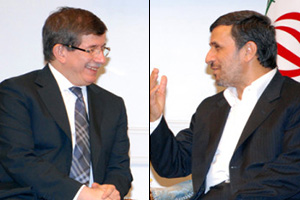 Turkey’s location and membership in the North Atlantic Treaty Organization (NATO) make it a key player in the Western-backed efforts to isolate Iran for its alleged nuclear weapons ambitions and its continuing failure to satisfactorily answer questions from the International Atomic Energy Agency (IAEA) about possible weapons research. Though anchored in the transatlantic security framework, Turkey’s Iran policy differs from the policies of its traditional allies in the West, and its actions have been the subject of much misunderstanding.

Turkey adamantly opposes Iran’s development of a nuclear weapon, believing that Tehran’s possession of nuclear weapons would alter the regional balance of power and embolden Iranian hardliners to pursue a more provocative foreign policy. However, the strategy Turkey employs to convince Iran to be more forthcoming about its nuclear intent contrasts greatly with those pursued by the United States and the European Union. Despite the prevailing mood in Washington that sanctions alone will not convince the Iranians to change their behavior, the West has settled on a coercive sanctions-led strategy, backed by the threat of military force, as the best policy prescription to convince Iran to freeze and eventually role back its nuclear program. The coercive stance is underpinned and driven by the Western belief that the threat from Iran’s nuclear program is real, growing, and needs urgently to be addressed.

Turkey, on the other hand, does not view the Iranian nuclear threat as immediate or urgent. Officials in Ankara tend to take a more cautious approach, arguing that there is no evidence of an Iranian weapons program and that the prospect of a nuclear-armed Iran is not definite. If Iran decided to pursue a nuclear option, according to many in Turkey, it would still be, at the very least, years away from developing a warhead suitable for delivery. Absent an urgent threat, Ankara argues that negotiations and noncoercive measures still have time to succeed.

In addition to this difference, Turkey is also generally averse to sanctions, owing to its experience in the first Gulf War, when it had a front-row seat to the pain and hardship caused by blanket sanctions and their inability to sway in the slightest Saddam Hussein’s ideology or diminish his iron grip on power. Turkey’s perception that the Iranian nuclear threat is not dire, combined with its aversion to sanctions, has led Ankara to refuse to toe the line on the West’s Iran strategy. (Turkey even defended Iran from international efforts to isolate Tehran in 2009.)

The current fallout from the Arab uprisings, particularly the ongoing insurrection in Syria, has driven a wedge between Tehran and Ankara. However, Ankara’s retreat from serving as Tehran’s diplomatic defender should not be interpreted as a precursor to conflict but instead be viewed as an example of how Ankara and Tehran have both competing and mutual interests that require cooperation in other areas of mutual interest.

Since first being elected in 2003, Turkey’s religiously conservative Justice and Development Party (AKP) has steadfastly worked to deepen relations with Iran and other states in the region. The Western conception of the Turkish-Iranian relationship is often attributed to the religiosity of the AKP and the party’s alleged sympathies for Iran’s conservative clerical elites. Others ascribe the AKP’s Iran strategy to its desire to increase trade, its reliance on Iranian energy, or Iran’s decision to crack down on Kurdish separatists. While important, none of these analyses accounts for the complexity of the relationship, including the fact that the two states have maintained relatively stable relations since their border was delineated in 1639.

The relationship has ebbed and flowed according to geopolitical realities, but the two neighbors have managed to coexist relatively peacefully for almost four centuries now. In other words, the Turkish-Iranian relationship is nuanced and multifaceted and does not hinge on any single issue, but is instead an amalgamation of sometimes competing, sometimes common interests.

Within the context of the nuclear question, one angle that affects Turkey’s Iran policy is constantly overlooked: Ankara’s desire to ensure that the three pillars of the Treaty on the Nonproliferation of Nuclear Weapons (NPT)—nonproliferation, disarmament, and the right to pursue peaceful nuclear technology—are not eroded by a coalition of Western states intent on denying Iran and other states nuclear enrichment and reprocessing technologies. Ankara fears that the efforts by some of the nuclear supplier states to roll back the universality of the rights guaranteed to non-nuclear NPT states sets a dangerous precedent.[1]

Turkey, which has identified nuclear energy as a critical component of its future energy plans, is intent on ensuring that its NPT rights are not reduced so long as it remains in good standing with the NPT and continues to abide by the stringent inspections called for in the IAEA’s Additional Protocol.

Turkey’s opposition to the Western approach to prevent proliferation manifested itself during the arduous negotiations to amend the Nuclear Suppliers Group (NSG) guidelines. Ankara rejected outright the US-backed proposal to ban the transfer of enrichment and reprocessing technology and the subsequent US attempt to impose a set of subjective criteria designed to prevent non-nuclear states from replicating sensitive nuclear technology. (Under this “black-box” approach, such technology must be “transferred under conditions that do not permit or enable the transfer of classified enrichment technology.”)

If the NSG implemented the stringent criteria, Turkey worried that its proximity to Iran, as well as other unstable states, could be used a pretext to deny it nuclear technology. Turkey objected to calls to black-box certain technologies, arguing that IAEA inspections and the Additional Protocol are sufficient to ensure the non-diversion of nuclear material for weapons use. It was willing to go along with the objective criteria but refused to accept the subjective proposals being discussed. Because Turkey is a member of every relevant agreement designed to counter proliferation, Ankara believes it has done enough to win the trust and blunt the suspicions of the nuclear supplier states.[2]

Despite the US efforts, the NSG could not agree on language for the imposition of the harsh subjective criteria, and the member states eventually settled on conditioning the transfer of nuclear technology on accepting the Additional Protocol and on the importing state’s full compliance with IAEA obligations. While the text does encourage states to go as far as they can to ensure that sensitive technologies are not replicated, it falls far short of the black-box proposals advocated for by the United States.

The Turkish position sheds light on how Ankara views the relationship between the nuclear “haves” and “have-nots” and on its commitment to ensuring that its access to civilian nuclear technology remains unhampered. Turkey’s stance also indicates that Ankara has identified the unencumbered access to nuclear technology (so long as a state is fully transparent with the IAEA) as political red line it is not willing to cross.

While Turkey has no plans to pursue enrichment and reprocessing technology in the near future, it is adamantly against the furthering of restrictions on its right to do so, should it choose to reevaluate its current position in the future. Ankara views this within the context of its NPT Article IV rights and scoffs when questioned about its nuclear intent.

Despite the fact that Iran’s program appears to be almost entirely based on the illicit import of controlled nuclear items via Pakistan, efforts to prevent the perceived threat of reactive proliferation—i.e., a decision by a third state to seek nuclear capability in response to Iran’s program—have run afoul of Turkey’s nuclear red lines, and rumors about Ankara’s nuclear potential are fiercely denied.

In fact, Ankara’s Iran policy reflects its thinking on nuclear exports. Policy makers in Turkey maintain that Iran has the right to enrichment technology, so long as it cooperates fully with the IAEA. In order to convince Iran to be more forthcoming, Ankara has shunned the “sanctions first” approach in favor of dialogue. However, its endorsement of the most recent NSG guidelines indicate that Turkey would support conditioning any potential nuclear technology transfer to Iran, no matter how remote the possibility, on Tehran’s ratification and implementation of the Additional Protocol.

When viewed in conjunction with the other variables that influence Turkey’s Iran policy—including Ankara’s aversion to sanctions, emphasis on dialogue, and lack of urgency about a potential Iranian nuclear weapon—its stance is much clearer, and its policy prescriptions are in line with its immediate interests as well as its interest in maintaining the flexibility to import nuclear equipment in the future.

Nevertheless, Ankara is committed to ensuring that Iran does not develop a nuclear weapon. Though it shares this goal with the United States, it is unprepared to go as far as its Western allies to try and coerce Iran to abandon parts of its nuclear program. Moreover, Ankara has a different view about reactive proliferation and is unwilling to forsake its Article IV rights out of deference to US nonproliferation concerns. Instead, it seeks to work within existing nonproliferation norms to ensure that the nuclear bargain is upheld.

Aaron Stein is a Ph.D. candidate at King’s College, London, and a research associate at the Center for Economics and Foreign Policy Studies, an independent think tank in Istanbul.