Bringing Belarus Back to the Table

Belarus is using its stock of highly enriched uranium as political leverage; how can Washington persuade Minsk to let go of its HEU? 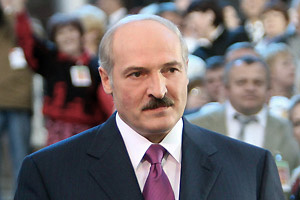 On August 19, 2011, Belarus announced that it would not proceed with a promised shipment of weapon-grade highly enriched uranium (HEU) to Russia, arguing that the action was in retaliation for sanctions that the United States had recently imposed on Minsk and that the freeze would be lifted after the sanctions were removed. The sanctions were issued in response to the crackdown by President Alexander Lukashenko on his political opponents and the regime’s ties with Iran.

The action also reflected shifts in Minsk’s perception of the need to improve ties with the West since last December, when Belarusian Foreign Minister Sergei Martynov signed a joint statement with Secretary of State Hillary Clinton. In that statement, Minsk said it “has decided to eliminate all of its stocks” of HEU before the March 2012 Nuclear Security Summit in Seoul.[1] At the time, US officials anticipated that the shipments of the remaining HEU would take place in early 2012, shortly before the summit. In return, the United States promised to “provide technical and financial assistance to support the completion of this effort as expeditiously as possible,” and South Korea indicated that it would be willing to invite Belarus to the summit if Minsk met its commitment.

In the five weeks that preceded the December 2010 joint statement, two shipments of lower-enriched HEU made their way quietly out of Belarus.[2] The transfers, conducted by Belarus, Russia, the United States, and the International Atomic Energy Agency, removed 85 kilograms (kg) of Soviet-origin fuel enriched to 45 percent uranium-235 that was originally linked to the Pamir reactor—a decommissioned, experimental mobile nuclear power reactor—at the Institute of Power Engineering Problems at Sosny near Minsk. The shipments transplanted 44 kg of fresh fuel and 41 kg of spent fuel to more secure locations in Russia.

Yet nearly 100 kg (220 pounds) of fresh HEU still remain at Sosny, including 40 kg (88 pounds) of material enriched to 90 percent—enough fissile material for one or two nuclear weapons. Acquiring direct-use nuclear material like HEU is widely seen as the most difficult obstacle that would need to be overcome by a potential nuclear terrorist or a rogue state such as Iran. Securing and removing the HEU from Belarus has been a priority for the US government for almost two decades. Although Washington had made headway in enhancing security of the material in Belarus, until last year it had made little progress in striking a deal on HEU removal, despite numerous attempts.

In fall 2010, however, Minsk expressed readiness to discuss with Washington the repatriation of Soviet-origin HEU, possibly as part of a broader effort to improve relations with the West. The initiative came as Russia and Belarus were quarreling over the terms of a energy deal: how much Belarus would pay Russia for oil and gas, and how much Russia would pay Belarus for the transit of its oil and gas en route to markets in Western Europe. The two sides were also locked in difficult negotiations involving Belarus’s desire to obtain Russian subsidies for nuclear power plants produced in Russia.

Indeed, in the negotiations leading up to the December Clinton-Martynov statement, Minsk made clear that a primary motivation was the possibility of receiving a nuclear power plant from the United States or from Japan or South Korea (both of whom would need US permission to export a reactor to Belarus because it contains US technology), presumably also with an attractive financing package. It is unclear if Minsk actually wanted the plants or just wanted leverage in its negotiations with Russia.

The United States balked at even striking a bilateral nuclear cooperation agreement to permit direct trade with Minsk, presumably because the Obama administration concluded that it would be too difficult to persuade Congress to go along. Congress has placed numerous restrictions on cooperation with Belarus because of its poor human rights record and relationship with Iran. Nevertheless, the United States committed in the joint statement to support the effort of Belarus “to diversify its energy supply through the construction of its first civilian nuclear power plant.” US officials interpreted this as a diplomatic commitment from the United States to clear the path for the export of nuclear equipment from Japan or South Korea, if such deals were carried out purely on commercial terms. But that was an unattractive prospect for those exporters, given Belarus’s poor financial condition.

Meanwhile, Belarus, which had received a $3.5-billion assistance package from the International Monetary Fund (IMF) to restore its fiscal health in 2009–10, ramped up government spending and eased loan terms in the run-up to the country’s December 19, 2010 presidential election.

The short-lived warming in relations between Belarus and the West ended soon after the election. US and European observers called the vote count fraudulent and decried the violent crackdown by government security forces on demonstrators and opposition leaders; in late January the Western countries imposed sanctions.[3] With the sanctions making clear that further support from the West was unlikely, Lukashenko struck a nuclear deal with Russia. The deal, announced on March 15, 2011, would provide Belarus with a $9 billion loan from Russia toward building as many as five nuclear reactors between 2016 and 2025.[4]

Relations grew more strained in late March when Washington sanctioned a state-owned energy company in Belarus for helping to develop an oil field in Iran and in May when Belarus sentenced former opposition candidates for the presidency to prison.[5] The European Union (EU) imposed new sanctions, while President Obama vowed in May that the United States would do so as well, despite warnings from some that the move could damage the HEU removal effort at a time when Belarus was clearly dragging its feet in implementing the December deal.[6]

Meanwhile, the Belarusian economy spiraled downward with soaring inflation and interest rates, dwindling foreign reserves, and a plummeting currency that Lukashenko was forced to float more freely last week (and which subsequently lost another 40 percent of its value). In response to its financial crisis, Belarus has turned to the IMF as well as Russia and China for help, with Minsk seeking as much as $8 billion from the IMF. Russia and other former Soviet republics provided a $3 billion loan spread over three years, and China recently agreed to provide a $1 billion low-interest loan in return for preferential purchases of shares Belarusian companies petrochemical companies, but without either additional foreign help or fire sales of state-owned companies, the loans are not believed to be enough to stem the crisis.[7]

So perhaps it should not have come as a surprise that only a few days after the Obama administration announced the latest round of pro-democracy sanctions on August 11, Belarus struck a new gas deal with Russia that would provide it with subsidized natural gas in return for giving Russia control of the half of the gas pipeline network in Belarus that it does not already own.[8] (Belarus had already struck a new subsidized oil deal last winter.) A few days after the gas deal, Minsk announced that it was suspending implementation of the HEU agreement.

Obama administration officials have insisted that the HEU issues and the sanctions concerns should be dealt with separately. But Lukashenko shows little inclination to surrender the leverage he believes the HEU provides him in dealings with Washington for anything other than a very high price. That price seems to be a relaxation of Western sanctions.

There are some other options that Washington and the international community could consider to break the deadlock without linking the HEU issue to concerns outside the nuclear arena.[9] These could include other forms of technical nuclear cooperation that are attractive to Minsk, support for tracking down and securing orphan sources and other forms of assistance vis à vis radiological sources, facilitating Belarusian membership in the Zangger Committee, and providing greater border-monitoring assistance. Another option could be to encourage countries in the region like Ukraine, neighboring Baltic states, and perhaps Poland, to declare a HEU-free zone, putting normative pressure on Belarus to join. Given Russia’s enhanced leverage with Belarus, Moscow could also exert pressure on Minsk to follow through on its commitment. However, it is neither clear that Russia would do this—given the low priority it attaches to the HEU removal effort—nor that the other offers would be sufficient to induce the Lukashenko regime to change course.

Another option might be for the West to maintain the sanctions and make it clear to Lukashenko privately that the EU and the United States will not consider supporting a new IMF package for Belarus unless Minsk moves ahead with the HEU shipments and meets strict IMF financial conditions (something which the IMF said this month it has not yet managed to do and which would be beneficial on their own in loosening Lukashenko’s control of the largely state-run economy without assuring further control by Russia).[10] Removing dangerous nuclear material from terrorists in return for economic reform—that’s a linkage in US national security interests.

Miles A. Pomper is a Senior Research Associate in the Washington, DC office of the James Martin Center for Nonproliferation Studies.

[1] “Joint Statement by Secretary of State Clinton and Foreign Minister Martynov,” Ministry of Foreign Affairs of the Republic of Belarus, December 1, 2010.

[4] This deal represented only an initial framework agreement and final contracts are still far from being signed. One issue that remains open apparently is the proportion of financing that would be covered by each country. Fred Weir, “As the World Rethinks Nuclear Power, Russia to Invest $9 Billion in Belarus Plant,” Christian Science Monitor, March 16, 2011, <www.csmonitor.com/World/Europe/2011/0316/As-world-rethinks-nuclear-power-Russia-to-invest-9-billion-in-Belarus-plant>.